Impact of Coaching Varies with the Proficiency Level of the Coach

Within "coaching," there are professional coaches and there are managers who use coaching with their direct reports. Although they both coach others, the quality of their coaching varies with their level of proficiency. What difference in coaching impact is there between them?

The certified coaching qualification by the International Coaching Federation (hereafter "ICF") is one way to demonstrate coaching proficiency. Even for the lowest level certification, candidates needed to complete a Coaching Program certified by the ICF, have coaching experience of 100 or more hours, and pass a written examination. We researched coaches with the ICF certification and coaches without the certification to determine whether differences in the impact of coaching were the result of the coaches' proficiency level.

For the analysis, we used data from Ayce, a web service where clients can evaluate coaching.

First, we compared the differences in the levels of client achievement and satisfaction at the end of the coaching process or program.

Next, we examined the differences in the impact of coaching.

ICF lists the Core Competencies as the desirable traits of a good coach, and they also serve as the basis for the coaching exam. In the category of Designing Actions of the competencies, one item is "taking new action that will most effectively lead to agreed-upon coaching results". "Taking new approaches in doing things", which had the largest gap in the current survey, fell under this category. Clients will not achieve their goals with conversations alone; they need to act. Coaches with ICF certification are skilled at influencing action.

According to this analysis, highly proficient coaches with ICF certification were rated highly by clients. Among the impacts of coaching, notable differences were noted in "taking new approaches in doing things," "knowing the ways to maximize my performance," and "finding common ground when my values or opinions are different from others." 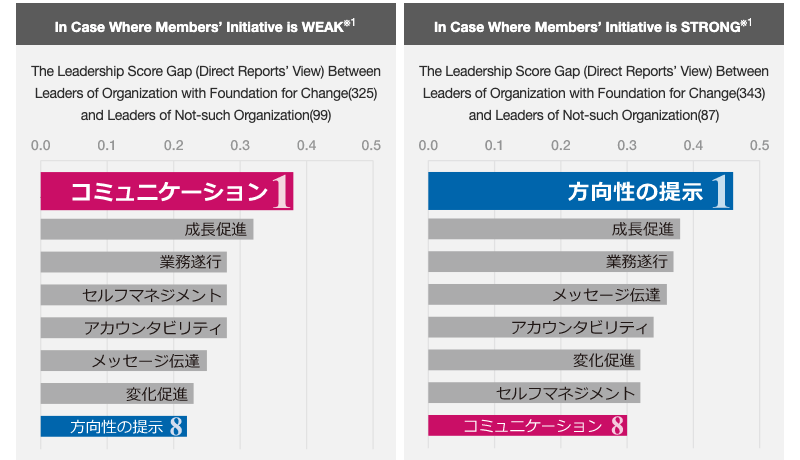 What skill must a leader have to beat the competition?
In organizations whose leaders have high "Learning Agility," the foundation of transformation is established

These days, when competition is severe ...